The Regattas of Donsotia / San Sebastian, the most important sporting event held in the Basque Country

More than a hundred years of tradition have made the Traineras Regattas of La Concha the spectacle of the sporting year in Euskal Herria. No other is able to attract that huge crowd that crowds in Urgull, Igeldo, the Paseo Nuevo, the Pier and on the Island.

Trawler regattas arise from a specific way of life: the fishing environment in the open sea. The boats needed strong and resistant individuals capable of maintaining the vogue, for hours, until reaching the fishing grounds and, once the fishing was collected, returning to port, loaded and at full speed, to carry out the auction.

The Donsotia / San Sebastián regattas have been held since 1879 as part of Euskal Jaiak, the Basque Festival of the city. They take place the first two Sundays of September in the bay of La Concha. Since 2008 the female modality is also disputed. Boats from all over the Cantabrian coast compete to take the Flag of the most prestigious rowing competition of the season. In the 2019 edition the qualifying race will be held on August 29, and the two days on September 1 and 8. 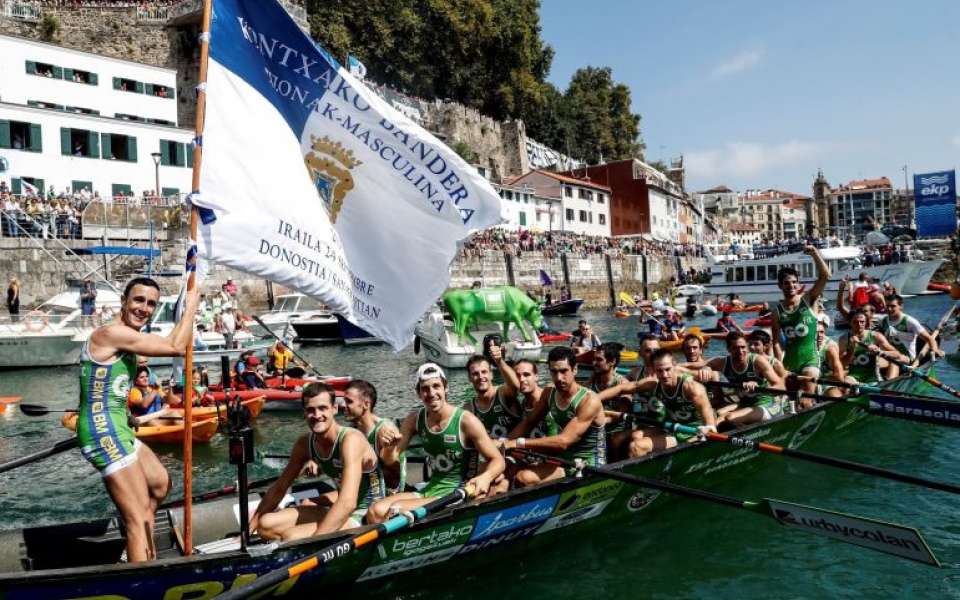